I took a French class a few months ago, and it was fascinating to learn a third language by way of my second language. It also seemed logical, seeing as Spanish is much closer to French than English is. One class that I think would be extremely difficult for me to take in Spanish is math. Why? Is it just me, or do you also find it difficult to work with numbers in a language that’s not your mother tongue? Sure, I can tell you my age or the time or my phone number without a problem, but if I have to do math, I need to do it in English. Or, I’ll at least be able to do it significantly faster in English, and much more comfortably. I’m sure there are studies out there that have documented this, but since I can’t find them I’m just going to have to speculate. Math is a language in itself, and my puny brain can only handle one foreign language at a time.

Fortunately, it’s not often that I need to multiply, divide,  or prove Fermat’s last theorem in Spanish. Even better, in everyday life it’s usually OK to be a bit imprecise with numbers. In addition to well-known phrases such as alrededor de, cerca de, a eso de, and más o menos that give you some leeway, there’s another very useful phrase that you may or may not know: y pico.

Pico essentially means a little bit more, so its imprecision can only work in one direction: more, not less.

He’s supposed to get there at 4, but you know how he’s always running late. So, he’ll most likely arrive a little after 4.

I don’t have a watch and my cell phone battery died, but it should be just after eight.

It cost me like fifty and change; it was really a bargain for the quality I got.

She’s fortyish, fortysomething–I’m too chicken to ask her her exact age.

I hadn’t seen her in twenty-some-odd years!

As you can see in the last two sentences, when y pico is followed by the noun, in some countries they use the preposition de there and in others they don’t. 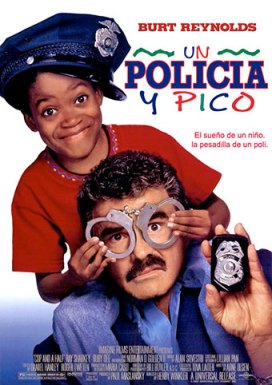 Cop and ½!! Definitely saw this as a kid.

As far as I can tell, y pico is used in every country except Chile. Why not Chile? Well, pico means pene (penis) there, so y pico means a little bit of only one thing. The DRAE says that pico has the same meaning in Costa Rica, but my sources say that y pico is used there with the standard meaning.

While we’re on the subject, here a few more uses of pico you might hear if you swing through Latin America.

Rush hour is called hora pico in Latin America (yes, hora pico, not hora pica, because pico is a noun here–peak–just like rush hour is composed of two nouns), which then led to a rather bizarre local phrase: pico y placa. A placa is a license plate, and pico y placa is the system that’s supposed to help traffic congestion by reducing the number of cars on the road during rush hours. Whether you can be on the road at any given moment depends on the day of the week, the time of day, and whether the last number of your license plate is odd or even. When my family came here in 2007, I remember my mom accidentally calling this system plicky-placky, to the great amusement of our hosts. Pico y placa started in Bogotá, later spread to other Colombian cities, and apparently has been replicated in Venezuela and Ecuador under the same name.

If someone asks you for a pico or perhaps ends an email or chat with ¡Picos! (or even, ¡Pikos!), they’re asking for or giving you a little kiss, a peck on the cheek or lips. The DRAE says that pico is used this way in Colombia and Bolivia, but its usage is much wider than that.

Pico can also be an animal’s beak or bill, a pickax, a mouth (¡Cierra el pico!– Shut your trap!), a mountain peak or summit, and a bunch of other things that are in the dictionary but that I don’t have personal experience with. I have to say that I’ve now read so many hilarious stories online about people (both gringos and native Spanish speakers) who have accidentally used pico with Chileans in mortifying ways that I’ll make sure to use it exactly zero times around them. This is one instance where I prefer to be precise–none of this y pico business.